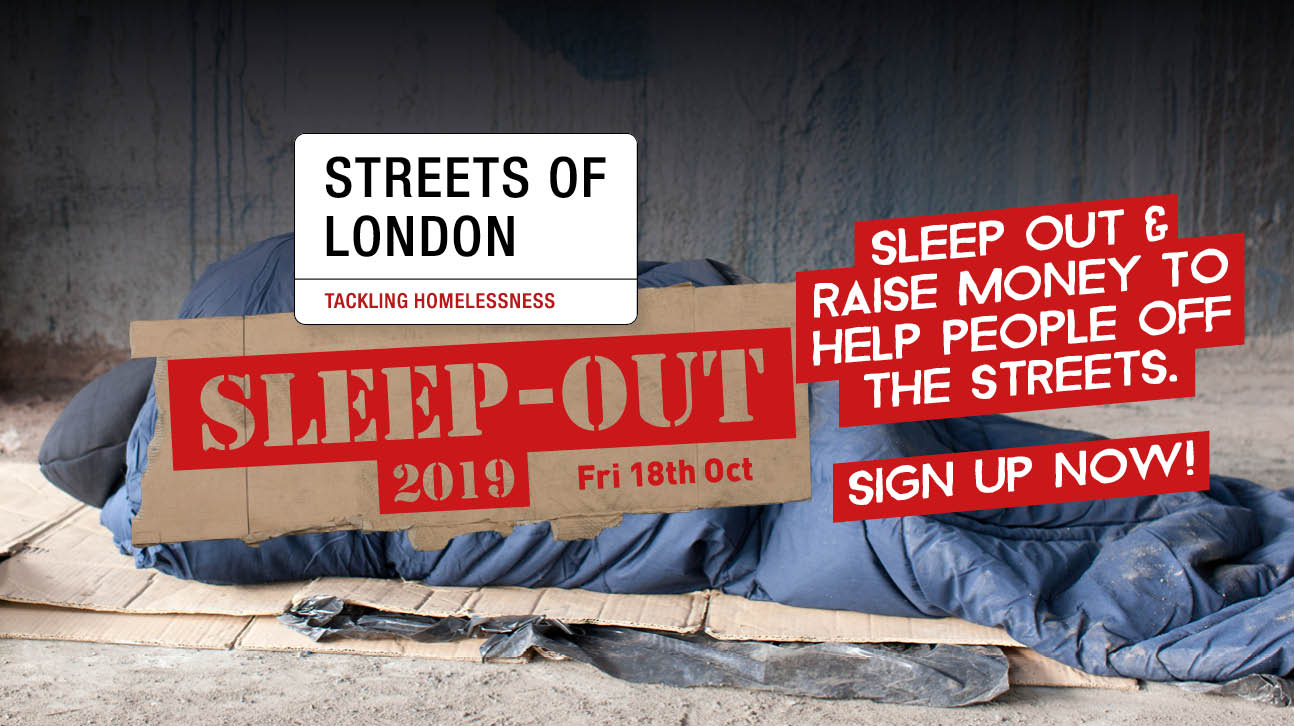 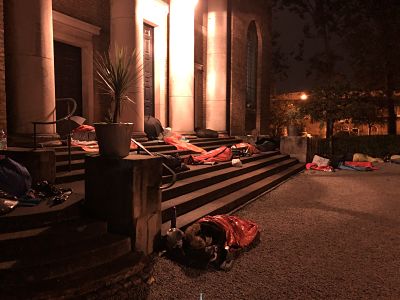 150 people registered for the Streets of London Sleep-Out in 2019 and on a rainy October night raised an incredible £45,000+ between them!

Thank you so much to everyone who slept out and a big thank you to everyone who generously made a donation in support of the cause. Thank you to our team of volunteer stewards, to Paige Dawkins for coming along and providing some musical entertainment, and to the community centre that helped out by generously providing a new venue for the event at the last minute.

We asked some of the people who came along to the sleep-out what they liked about the event, here’s what they had to say:

We were honoured to have Mayor of London Sadiq Khan’s support for the sleep-out:

"Homelessness is a national disgrace, and we know Londoners want to do all they can to help people off the streets. I have doubled City Hall’s funding for rough sleepers, but we are still a long way short of what we need.

I very much support Streets of London's excellent work raising funds for vital charities to go further in helping people off the streets of the capital."

"When I was a young man the notion of the wandering minstrel carrying his guitar and sleeping wherever he had ended up that day was part of the myth created by my hero Woody Guthrie. This idea was perpetuated by the beatnik generation that I readily bought into. I travelled with a small bag a guitar and a blanket and dreamed of sleeping out under the stars on the sunny roads which lead to grape picking in the south of France. 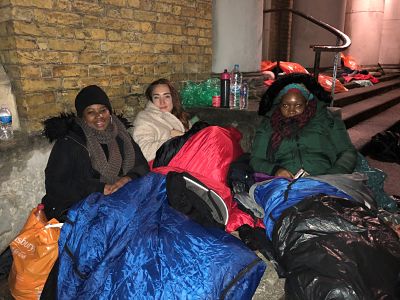 I can honestly state from my own experience that the reality is somewhat different.

Pavements are cold and hard and as winter approaches they become even colder and harder. Shop doorways provide little shelter from the elements of wind and rain.

Sleep tends to come in segments when you are awakened by shivering with teeth chattering and longing for the warmth and comfort of a proper bed indoors.

The sight of homeless people on our streets is an indictment on successive governments to tackle the problem honestly.

Although the reasons for rough sleeping are very complex often involving mental health issues it is plain that the only way any government will take notice is through public protest.

I believe a society should be judged on how it cares for the most vulnerable.

How many times do we hear the phrase? "Something must be done, but what can I do as an individual?”

Well here is an idea. Grab your blanket or sleeping bag and for one night in your life join the folks whose bedroom is the shop doorway and the open street. You will be doing something to make the authorities take notice that we as a nation will not tolerate this situation any longer.

I am sure your night out will be an unforgettable experience as you join like-minded souls who really do care, and are doing something about it."