SEASICK STEVE IN AID OF STREETS OF LONDON, CAMDEN ELECTRIC BALLROOM, MAY 2011 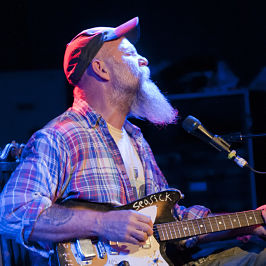 Seasick Steve played an amazing show in aid of Streets of London at Camden's Electric Ballroom show in May 2011. He was joined on stage in a surprise guest appearance by John Paul Jones of Led Zeppelin. Support came from Moulettes.

An interactive web-cast of the gig (filmed by Mativision using 360-degree live immersion video technology) was featured on the home page of The Guardian website, where it attracted more than a quarter of a million views.

Here's some fan footage from YouTube of 'You Can't Teach An Old Dog New Tricks'.

Photographs thanks to Simon Brandon and Davey Chivers. 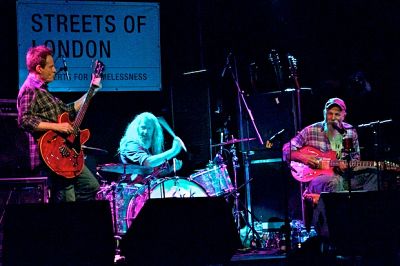