RALPH MCTELL IN AID OF STREETS OF LONDON, THE HALF MOON, DECEMBER 2018 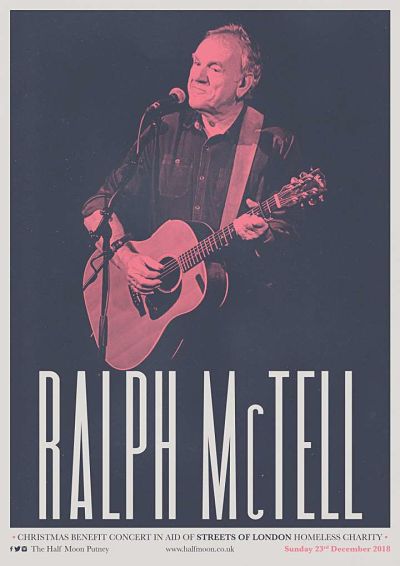 Streets of London is honoured to announce that Ralph McTell has become an ambassador for the charity, joining existing ambassadors Ellie Goulding, Dan Smith (Bastille) and Justin Young (The Vaccines).

We're very grateful that he has chosen to support our work in this way. The charity’s director Ian Steuart Fothringham said: "Streets of London funds specialist support for people who are homeless in the capital and raises awareness about the issue. We exist to get homeless people the support they need to turn their lives around. We're absolutely delighted that Ralph McTell has agreed to become an ambassador of the charity. The charity is of course named after his song of the same name, so it's wonderful to have him supporting Streets of London's work."

Ralph said "I am very happy that my song, Streets of London, has added to the growing awareness of the tragedy of homelessness and proud that the song title had been adopted by the charity. Being asked to become an ambassador for the charity was something I was not expecting, but I am delighted to accept and support them, where I can, in the great work they do."

Watch Ralph talking about his involvement with the charity HERE.

Each year Ralph holds a special Christmas benefit concert at pub and live music venue The Half Moon in Putney, and we’re delighted that in December 2018 he generously chose to support Streets of London with the proceeds from the show. 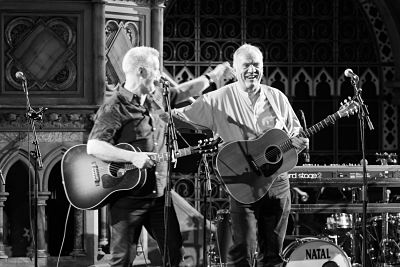