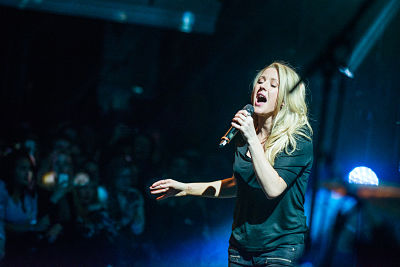 Ellie Goulding put together an amazing line-up of artists for a special pre-Christmas fund-raising show in support of Streets of London at London’s Shepherd’s Bush Empire on 16th December 2014.

She was joined on the night by Band of Skulls, Bastille, Birdy, Gabrielle Aplin (with backing from Hudson Taylor), Jess Glynne, Kodaline, Kwabs, Tom Odell, Wretch 32 and Years & Years.

Radio 1 DJ and TV presenter Fearne Cotton compered the night together with Ellie, who mid-way through the show gave an impassioned speed about the importance of addressing the issue of homelessness.

As an encore, many of the acts came together on stage for an ensemble performance of Wham!'s seasonal classic 'Last Christmas'.

In the run-up to the show, Ellie Goulding said: 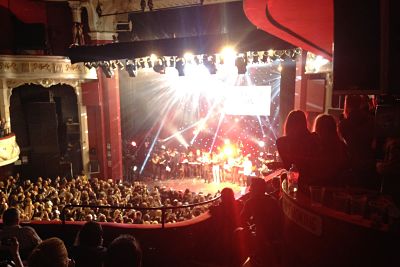 "Many of you would have seen the reports of the anti-homeless spikes across London this year and the coverage brought it to a head for many people on the plight of the homeless. I too feel strongly about it, as I feel it's symptomatic of the way many people in society view homeless people, mostly through a lack of understanding about the issue. It was so blatantly disrespectful towards them, and treating them as if they have no value, that I have decided to work with the homeless charity Streets of London and put on a special gig on December 16th at the Shepherds Bush Empire.

Street of London funds specialist support for homeless people in the capital, and helps to raise awareness about the issue of homelessness. They raise money to fund some of the great work being done in the sector, so that homeless people can receive the life-changing advice and support they need to be able to move away from life on the street, enabling them to move on and begin a new chapter in their lives. 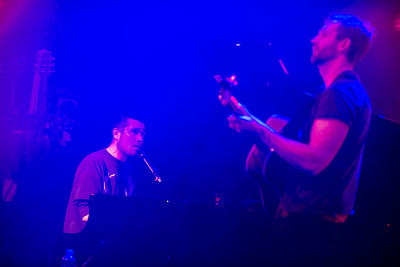 Especially in the winter months they need funds to make sure all the shelters keep running and offer services to the homeless community. Every penny raised from the gig will go towards the charity’s work.

If you feel as strongly as me, I would love you to join me that evening to raise funds and increase awareness to make it a special evening."

“We’re thrilled to have Ellie Goulding’s support for this important cause. We fund specialist support for people who are homeless in London, ensuring that they have the advice and support they need to be able to move on and make lasting changes in their lives. Every penny raised at this fund-raising show will help. The money raised will allow us to make a number of substantial grants in time for Christmas, providing much-needed funding to projects that will make a real difference to the lives of homeless people. This is a great end to 2014 for us, and we’re very grateful to Ellie for her generous support.” 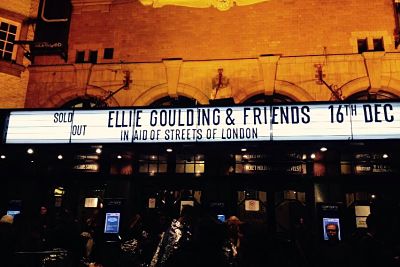