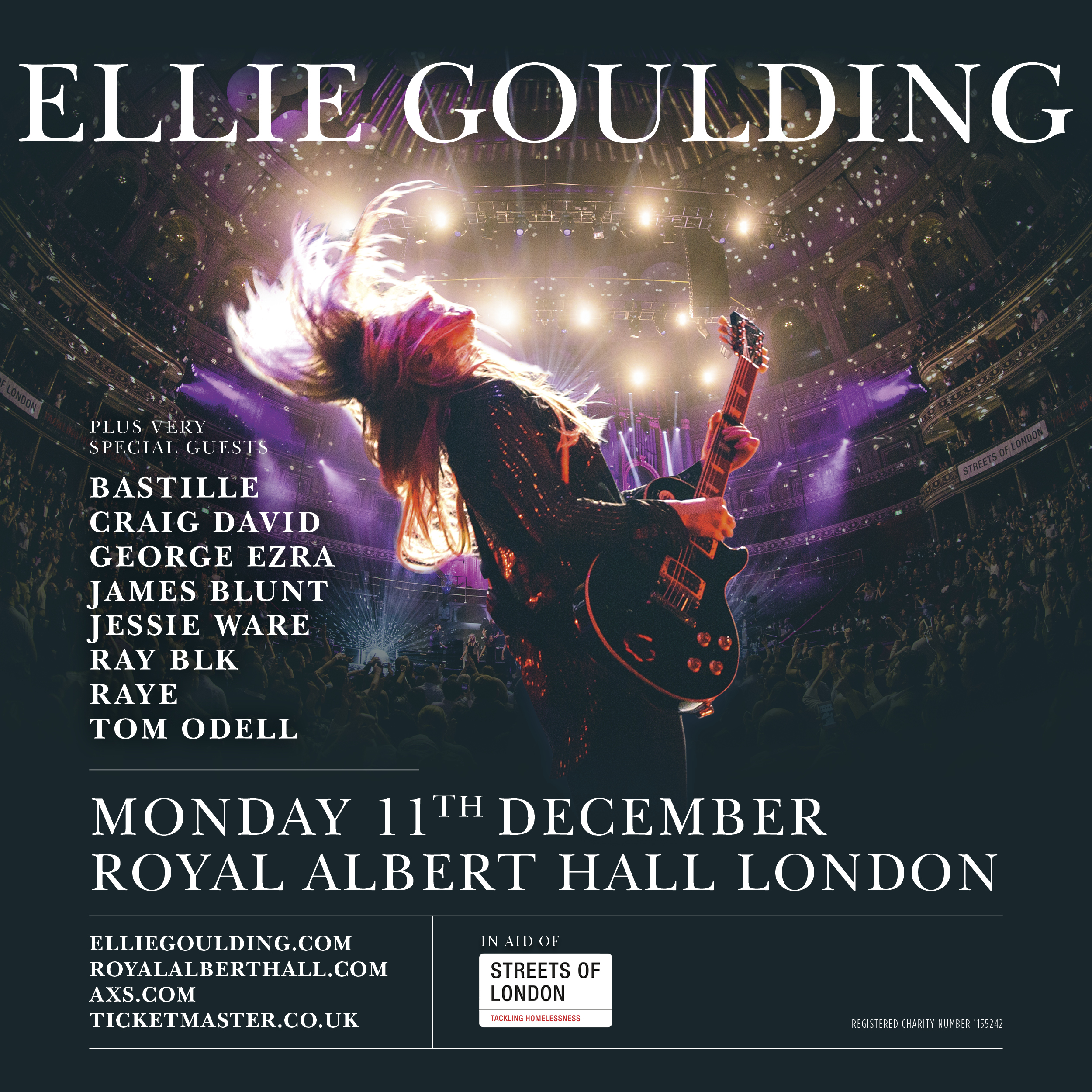 In early December 2017, Ellie Goulding generously lent us her support once again by headlining a Streets of London fundraising show. In addition to performing a fantastic set at London's iconic Royal Albert Hall, she hosted some very special guests for the evening.

Writing about the event, Goulding said: “Homelessness in London remains as much of a problem as ever. The number of people sleeping rough here has doubled in the last six years and increased by 170% in the last decade. It’s as important as ever that these people are able to access the right support, so they can escape the damaging effects of life on the streets.” 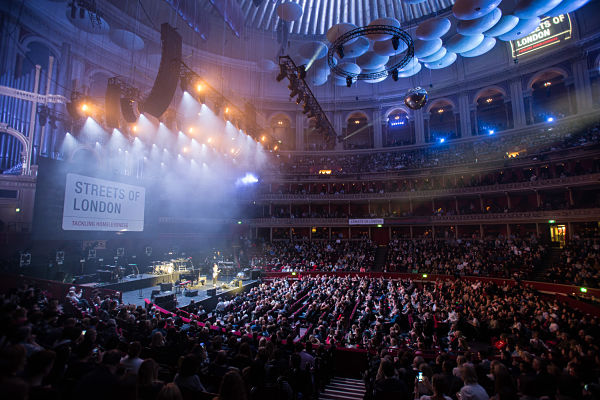 We’re currently funding projects including: a winter night shelter for vulnerable rough sleepers (that offers emergency accommodation and helps people to find longer-term housing); a rehabilitation hostel for those recovering from addictions; a life skills programme for young homeless people (that helps them to build self-confidence and independent living skills); and several employment support projects that help homeless people to look for jobs and then find and keep work. 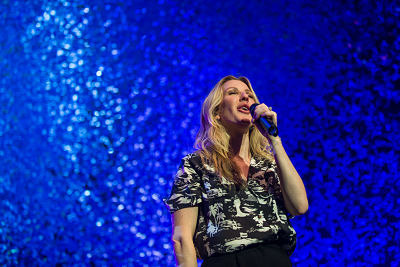 We ensure that the money gets to where it will have a real impact, funding some amazing projects at some great lesser-known, smaller charities that offer direct support. In this way, we spread funding across the homeless sector to places it might not otherwise get to, to where it makes a real difference.

Goulding added “That’s why I’m proud to be associated with the charity and to be headlining this special event”.