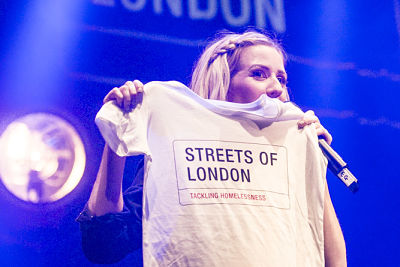 Ellie Goulding performed at a special fundraising gig for Streets of London at London's iconic venue the Roundhouse on 16th December 2015. She put together an amazing line-up for the show, which along with Ellie featured performances from Rudimental, Marcus and Ben from Mumford &Sons, John Newman, Olly Years & Years, Kwabs and MNEK! Fearne Cotton compered the night.

A huge thank you to Ellie for pulling together such an incredible array of talent for the show, and to all the artists for generously lending their support to Streets of London and for helping to bring attention to this important cause. Thank you to LES amis NYC, who brought a special designer clothing pop-up store. Thanks also to all our supporters and to everyone who bought a ticket. The money raised from the show will allow us to fund some fantastic projects in the coming year that help to tackle homelessness in London and provide vulnerable rough sleepers with the advice and support they need to make a fresh start. 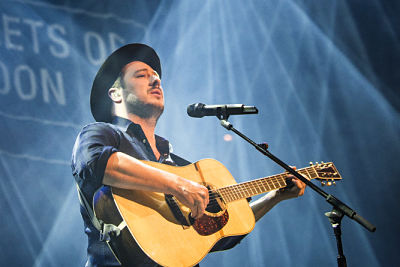 Featuring performances from artists including Bastille, Kodaline, Jess Glynne, Tom Odell, Birdy, Gabrielle Aplin, Band of Skulls and with various duets with Ellie, it too raised valuable funds for Streets of London and the projects we support.

In advance of this year's event, Ellie wrote:

"I am so excited to put on another show for Streets of London in a bid to tackle homelessness. The show we put on last Christmas at Shepherd’s Bush was honestly one of the most beautiful nights of my life because it combined incredibly talented artists (chosen by me) and my passion to end homelessness and for a moment I felt like everything was ok in the world… but it isn’t.

We can help! It is literally in our hands. We have the power and influence to educate and inspire and change things for the better. I think we have a responsibility to help and create a compassionate new world. Changing people’s lives who have not been given a good start in life, or whose lives have taken an expected bad turn, for the better.

I came close to having nowhere to live when I was younger. I was never homeless, but it could have easily happened. 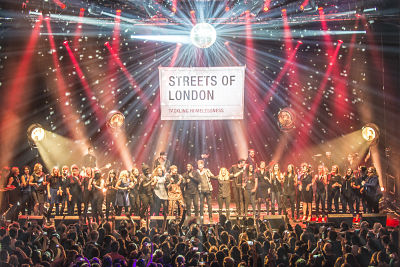 So many things about the world make me sad and I wish I could change it.  But from a very human point of view, knowing that tonight there will be people sleeping on the streets makes my heart ache most of all. On average, people who are homeless have a life expectancy of about 47 and suffer mentally and physically more than we will ever know. Having a decent home is a basic human right.

Rough sleeping is on the rise… 55% since 2010, and 14% in just the last year. Rough sleepers get walked over, trampled on, urinated on, and shouted abuse at. They lose self-confidence and self-esteem and find it harder to go back to normal society given the chance.

Becoming homeless can happen quickly and cruelly, yet the reverse can take a long, long time. Streets of London provides the resources and staff to aid long-term support for the homeless. If you are like me and believe that everyone should have a fair chance at life and a home, join me and help me.”

“We’re thrilled to have Ellie Goulding’s continued support for Streets of London. 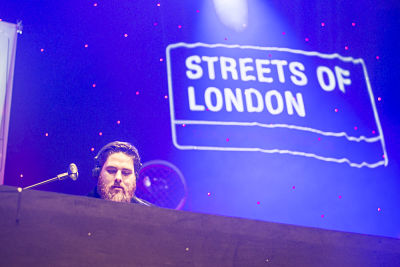 We fund specialist support for people who are homeless in London, ensuring that they have the advice and support they need to get back on their feet, so they can move on and make lasting changes in their lives.

Using our knowledge of the sector, we fund carefully-selected projects at smaller homelessness charities across the capital, targeting the money where it will have the greatest impact.

Every penny raised at this fund-raising show will help. We’re very grateful to Ellie for her generous support.”

Click HERE for a few photos from the show. All photographs thanks to Si Brandon Photography.