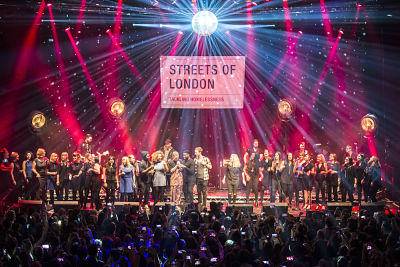 Streets of London (registered charity number 1155242) funds specialist support for people who are homeless in London, and raises awareness about homelessness.

Thanks to the generosity of our supporters, in the last eight years Streets of London has made grants totalling more than £750,000 to fund some fantastic projects that offer life-changing support to homeless people in London. For more information about the projects we support, click here.

Mark Knopfler, Ellie Goulding, Dan Smith (Bastille), Justin Young (The Vaccines) and Ralph McTell are the charity's ambassadors. Ellie Goulding has headlined a succession of amazing fundraising shows in support of Streets of London, with concerts at London's Shepherd's Bush Empire, the Roundhouse, twice at the iconic Royal Albert Hall and then a huge event at Wembley SSE Arena. 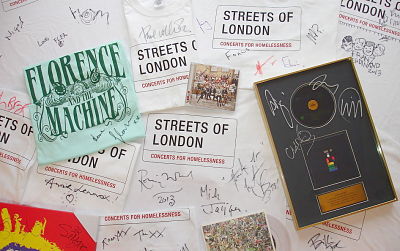 Other Streets of London fundraising gigs have included Bastille, Billy Bragg and Ralph McTell appearing in support of the charity at Union Chapel, and Seasick Steve headlining a concert that featured a surprise guest appearance by Led Zeppelin's John Paul Jones.

Streets of London's #ComeOnHome prize draw in June 2021 raised nearly £80,000 to help people who are homeless in the capital! It featured prizes generously donated by 25 of the biggest names in music, including signed guitars from Mark Knopfler and Coldplay, signed boxsets from Paul McCartney and Liam Gallagher, and tickets with a meet and greet from Bastille, The 1975, Rag‘n’Bone Man, Jessie Ware, Duran Duran and many more!

120 people took part in the fourth annual Streets of London Sleep-Out in October 2021. Because of the pandemic we had to limit the number of people taking part in the event to this number, but the people who slept out raised an amazing £58,000+ between them to help tackle homelessness in the capital!

Challenge events have included 3 consecutive years of a sponsored Speed-Hike on the route of the Tour du Mont Blanc, where teams of the charity's supporters raised money to help London's homeless.

We've also had teams of fundraisers have taking part in a range of challenge events closer to home such as the London Marathon, Royal Parks Half Marathon and Ride London. 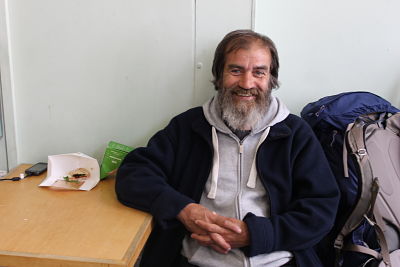 Global brands including Kellogg's Special K have generously supported our work and other corporate supporters include Marsh & Parsons (who have generously made us their chosen charity), Quandoo (who have sponsored our Streets of London Sleep-Out), LGT Vestra (whose Soup Market in Paternoster Square featured soup from some of the city's best restaurants and raised more than £10,000) and Elliott Wood & DMFK Architects (whose brilliant swiMIPIM charity swim event in Cannes raised nearly £10,000).

We also raise awareness - Streets of London aims to shift perceptions and challenge some of the stereotypes about who homeless people are, and to increase general understanding about the issue and what can be done to tackle it.

A few years ago we made a short film called 'We Were All 10 Once', featuring the charity's ambassadors as well as Tom Odell, Frank Turner and a number of people who were homeless at the time of filming.

For more about what we do, click here to read an interview with Streets of London director Ian Steuart Fothringham, talking about the charity and its work tackling homelessness in the capital.

For more information about the projects we support, click here.

We hope to see you soon at one of our events! 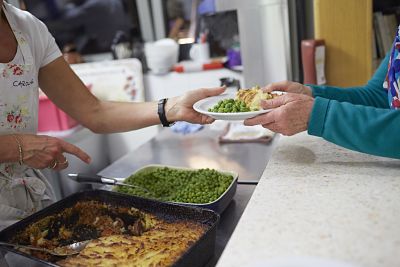 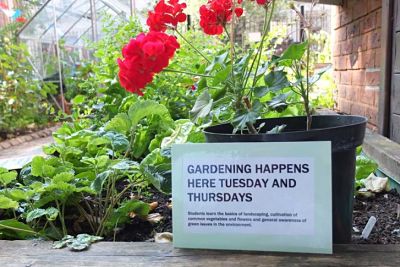